Premature ejaculation (PE) is ejaculation that is difficult to control, occurs sooner than desired (either before or shortly after penetration) and causes distress to either one or both partners. In 2013, a committee of the International Society of Sexual Medicine (ISSM) described PE as either lifelong or acquired.

Lifelong PE is a male sexual dysfunction present from the patient’s first sexual encounter, in which ejaculation consistently occurs prior to, or within 1 minute of vaginal penetration.

Acquired PE can develop later on in adulthood, even in patients with a prior history of normal sexual function. Acquired PE is described as a bothersome reduction in latency time, often to about 3 minutes or less.

Multinational studies have reported the average time to ejaculate during vaginal intercourse is approximately 5.4 minutes. This figure, as well as the definition above, is limited to vaginal intercourse due to the lack of objective data regarding other sexual behaviors. It is widely accepted, however, that bothersome early ejaculation can affect individuals regardless of their sexual preferences and practices. Furthermore, the 5.4-minute timeframe certainly should not be used as a standard for all patients to judge themselves against. Essentially, PE should be thought of as early climax/ejaculation that cannot be controlled, and causes significant distress in the patient and/or partner.

PE is thought to be the most common sexual disorder, particularly among younger patients

If you are suffering from PE, you are not alone. In fact, PE is thought to be the most common sexual disorder, particularly among younger patients. Approximately 30-60% of men will self-report having either early ejaculation and/or other ejaculatory concerns. Data from the National Health and Social Life Survey estimates approximately 1 in 5 American men between the ages of 18-59 suffer from PE.

While the exact cause of PE is unknown, it may be linked to low levels of a neurotransmitter called serotonin in the brain. PE is thought to be more common in men diagnosed with depression, metabolic syndrome, thyroid disorders, chronic pelvic pain syndrome, prostatitis, recreational drug use, and erectile or other sexual dysfunctions.

Severe PE can drive a wedge into any relationship. The direct effect it has on couples’ intimacy can make emotions run high, creating barriers that are often difficult to overcome. Couples may lose trust in one another as feelings of shame, guilt, and even anger replace an area of the relationship that is supposed to be reserved for joy, confidence, and excitement. It is important to remember there are effective PE treatments available regardless of the cause or symptoms. PE treatments are best approached together, as a couple. The first step is learning how to talk about the problem with your partner. Your urologist will have some ideas to help as well, which I’ll outline below.

Broadly, common treatment options for PE can be grouped into behavioral therapies, topical agents, and oral medications. Well-known behavior therapies include the ‘start and stop’ and ‘squeeze’ techniques. These can either be done alone or with your partner. The idea is for the male to approach the ‘point of inevitability’ of ejaculation, but not cross the threshold. At this point, he’ll either stop sexual activity or squeeze the head of the penis, until he feels he can resume without reaching orgasm. With practice, men will become more adept at gauging their level of excitement and thus learn how rapidly they approach and pass their point of inevitability.

A patient with PE will need time, practice, and patience to change his performance

I often explain to my patients that sex is like golf: a professional golfer would need many hours of practice to rework his golf swing. Similarly, a patient with PE will need time, practice, and patience to change his performance. This process, however, will lead to a gradual increase in sexual confidence and self-esteem that will be rewarding to both the patient and his partner.

My first-line treatment for PE usually involves topical agents containing lidocaine and/or prilocaine, such as Promescent® spray, which decreases penile sensitivity and increases the time to ejaculation. These topical agents offer a low side-effect profile, ease of application, and are often available over-the-counter. The disadvantages of topical agents? They can work too well, causing temporary penile hypoesthesia (numbness) or may be transferred to the partner. To avoid transfer, I recommend wearing a condom or washing the penis just prior to sexual activity.

There are a variety of oral medications that have been used for the treatment of PE. Selective serotonin reuptake inhibitors (SSRI’s), like Paxil® and Prozac®, have been the most commonly used subclass of medication and are usually effective in delaying ejaculation with improvement in intravaginal ejaculation latency time (IELT) up to 70%. Unfortunately, all of these medications are typically taken daily and are considered off-label, meaning that although they are being prescribed to treat PE, this is not the drug’s original indication. There has been some success with on-demand administration 3-6 hours before sex, however this usually provides less ejaculatory delay than daily treatment.

Many practitioners have had good success prescribing on-demand tramadol to select patients. Tramadol is a pain medication that activates the opioid receptors throughout the body and modulates serotonin in the brain, thereby delaying ejaculation. Tramadol is in the opioid (narcotic) subclass and must be used with caution. Protocols typically involve 50mg orally 1.5-2 hours before sex, and have good results in over 50% of patients.

With proper evaluation and a treatment plan, PE doesn’t have to affect men’s sexual health

One of the most important things for patients to understand about PE is this is the most common sexual problem men experience and effective treatments are out there. I encourage my patients to tackle this problem together with their partner, and with the aid of an experienced urologist. With proper evaluation and a treatment plan, PE doesn’t have to affect men’s sexual health. 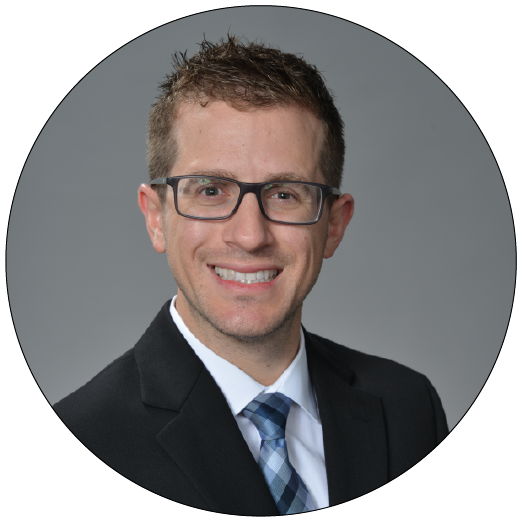