Erectile dysfunction (ED) affects up to 39 million men in the United States, with more than half of men over the age of 40 suffering from some degree of ED. Most men who are healthy enough for sexual activity (i.e. can easily climb two flights of stairs or walk a brisk mile) will start with oral medications such as Viagra (sildenafil) or Cialis (tadalafil). Many men will find that these medications are not enough to treat their ED adequately, or they may find them less effective over time. This is particularly true in men with other health issues such as diabetes or cardiovascular disease, as well as in men who have had surgery or radiation for prostate cancer.

Most men are strongly encouraged to consider less invasive interventions before finally deciding on surgery, but many men who have gone through the implant procedure ultimately regard this as one of the best decisions they have made.

When oral medications fail, or when they are not appropriate, several other options exist. These include the vacuum erection device (VED), intraurethral suppositories or gels, penile injections, and penile prosthetic surgery (penile implant). Most men are strongly encouraged to consider less invasive interventions before finally deciding on surgery, but many men who have gone through the implant procedure ultimately regard this as one of the best decisions they have made. Some men will have a prosthetic (implant) placed because they experience side effects on medication. Others will do so because they find penile injections off putting. Still others undergo surgery because none of the other options were effective at treating their ED. 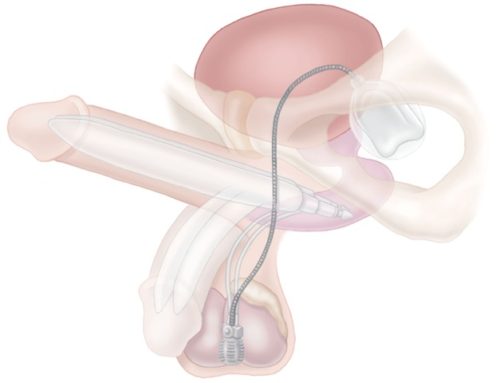 Implants currently being used today are one of two types: malleable or inflatable. The vast majority of men opt for the latter, as this most closely mimics the erect and flaccid states, although men with limited dexterity may opt for a malleable device. This post focuses on the inflatable device. The first penile implant was developed over 40 years ago, before drug therapy existed and represented the first real treatment for ED at that time. Since then, hundreds of thousands of men have had an implant surgically placed. Studies indicate that over 90% of patients who have undergone the procedure report satisfactory or better erections and sexual activity. Additionally, well over 90% of partners reported satisfactory or better sexual activity following implant surgery.

Choosing to undergo penile implant surgery is a big step, and there are risks to consider.

Choosing to undergo penile implant surgery is a big step, and there are risks to consider. Natural or spontaneous erections will not be possible after implant surgery. The inflatable implant is a mechanical device that has a potential for failure. If the implant must be removed, the penis may become shorter, curved or scarred. There may be pain associated with the healing process after surgery. There is a small, but real risk of infection. This is generally around 2%, but may be higher in men with diabetes, spinal cord injuries or open sores.

There are two manufacturers of inflatable penile implants. The pros and cons of each are beyond the scope of this article, but you should discuss them with your doctor. He or she will be able to guide you through the process of picking the one that is right for you. Both have similar constructions with paired balloons in the penis that inflate with fluid to generate the erection, a pump in the scrotum that is used to inflate/deflate the balloons, and a reservoir in the abdomen that stores the fluid when the balloons are deflated. The reservoir is not visible in the abdomen. The external appearance of the penis remains unchanged.

The surgery may be performed as an outpatient procedure, or you may stay overnight. This is largely based on your surgeon’s preference. There is typically a small incision either just below or just above the penis. You may or may not have a drain placed as well for a short time post surgery. Many men have their penis and scrotum wrapped in gauze dressing for compression over the first night, and most will have a catheter in place to drain the bladder. The dressing and catheter are typically removed the day after surgery. Men are instructed to pull the pump in their scrotum down every day to keep it in a good position during the healing process. The device typically is activated for the first time in the doctor’s office about a week or two after the surgery. Men practice inflating/deflating their implant every day at this point, and are usually cleared for sexual activity by week 6 after surgery. 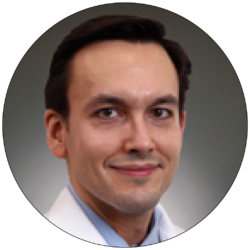