Well into the mid 20th century, erectile dysfunction (ED) was managed mostly by mental health professionals (i.e. psychiatrists and psychologists). A lack of therapeutic options made the treatment of this ailment very frustrating.

It wasn’t until the inception of the penile implant, in the 1970’s, that ED began to be treated by Urologists. In the 1980’s, penile injections were introduced in the form of a combination of one to three vasoactive medications: prostaglandin, papaverine, and phentolamine. The 1990’s, brought about the phosphodiesterase inhibitors (PDE5i’s) oral therapies (pills or lozenges), again revolutionizing the way we treat ED. While all of these therapies are effective treatments for ED, the penile implant is an invasive treatment requiring surgery, injections require injecting medicine into the side of the penis every time you want to have intercourse, and the pills don’t work for everyone or may cause systemic side effects.

Intraurethral Gel tends to be a stronger therapy than oral medications, but weaker than injections

Intraurethral gel therapy includes placing medication into the urethra through the opening at the head of the penis prior to having intercourse. This tends to be a stronger therapy than oral medications like tadalafil (Cialis) and sildenafil (Viagra), but weaker than the penile injections. Intraurethral gel for the treatment of ED is composed of a mixture of two medications: phentolamine and prostaglandin (PGE1).

Gel therapy should be used 5 minutes prior to intercourse. Place the gel into the urethra using a pre-loaded, needle-less syringe, holding the medicine in place while performing urethra massages. Allow the medicine to absorb for a few minutes, then drain as much of the medicine as possible from the urethra prior to sex. I usually recommend using half of the dose in the syringe initially and increasing the dose to the entire syringe if the medicine doesn’t achieve an erection rigid enough for the entirety of sexual intercourse. Physical stimulation will help, but is not necessarily required to achieve an erection. The resulting erection should last through the entirety of sex, but less than an hour. Seek immediate medical attention at an emergency department if the erection lasts longer than 4 hours. I recommend using Intraurethral gel therapy no more than once in a 24-hour period. Of course, you should follow your own physician’s instructions.

I presented a study on intraurethral gel therapy for the treatment of ED which detailed successful patient outcomes at the 2018 Sexual Medicine Society of North America meeting in Miami. Over a 6-month period 37 patients, who were unsatisfied with other treatments, opted to proceed with intraurethral gel therapy as their main treatment modality for management of their ED. The patient’s ages ranged from 44-80. The gel came in a pre-filled syringe system, and patients were instructed on how to properly insert the medicine to promote absorption and maximize outcomes.

I used a questionnaire before and after the patients administered the intraurethral gel to evaluate the success of the therapy. The Sexual Health Inventory for Men or ‘SHIM’ score before and after treatment showed an average of 3.92 (range 0-18) and 13.43 (range 0-25), respectively. See the SHIM chart below. Patients responded favorably, and all positively responded regarding the medication’s success. Their favorite aspect of the therapy was its needle-free drug delivery system. No adverse events were reported and the most common complaint was some burning with application. 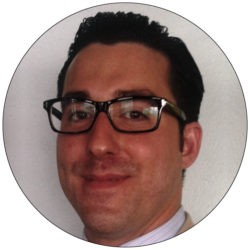 How do you rate your confidence that you could get and keep an erection?

When stimulated sexually, how often are your erections hard enough for penetration?

During sexual intercourse, how often are you able to maintain your erection after penetration?

During sexual intercourse, how difficult was it to maintain your erection to completion of intercourse?

How often is sexual intercourse satisfactory for you?

«
Ask Renée: Will You Be My Valentine?
»
Injection Therapy Guide for Erectile Dysfunction